“This paper reviews the available evidence that increased dietary protein intake is a health concern in terms of the potential to initiate or promote renal disease. While protein restriction may be appropriate for treatment of existing kidney disease, we find no significant evidence for a detrimental effect of high protein intakes on kidney function in healthy persons after centuries of a high protein Western diet”

“These studies demonstrate that protein-enriched meals replacements as compared to standard meal replacements recommended for weight management do not have adverse effects on routine measures of liver function, renal function or bone density at one year.”

“The purpose of this review is to evaluate the scientific validity of AHA Nutrition Committee ́s statement on dietary protein and weight reduction (St. Jeor ST et al. Circulation 2001;104:1869-1874), which states: “Individuals who follow these [high-protein] diets are risk for… potential cardiac, renal, bone, and liver abnormalities overall. Simply stated, there is no scientific evidence whatsoever that high-protein intake has adverse effects on liver function. Relative to renal function, there are no data in the scientific literature demonstrating that healthy kidneys are damaged by the increased demands of protein consumed in quantities 2-3 times above the Recommended Dietary Allowance (RDA). In contrast with the earlier hypothesis that high- protein intake promotes osteoporosis, some epidemiological studies found a positive association between protein intake and bone mineral density.In conclusion, there is little if any scientific evidence supporting above mentioned statement. Certainly, such public warnings should be based on a thorough analysis of the scientific literature, not unsubstantiated fears and misrepresentations. For individuals with normal renal function, the risks are minimal and must be balanced against the real and established risk of continued obesity.”

“There are potential problems with the uncertain or potentially misguided language seen in the educational materials of several recent textbooks and of resources offered by sports governing bodies. (Negative verbal commentary surrounding the protein issues described herein is difficult to document and as such has been left from this review.) In any case, without evidence, one must wonder from where the dissuasive “education” stems. Various researchers have observed the disconnectedness between scientific evidence and public education regarding protein. The lack of population-specific data on athletes and the equivocal nature of existing data on non-athletes (e.g. elderly and even chronic kidney disease patients, beyond the scope of this review) bring into question why there is a “widely held belief that increased protein intake results in calcium wasting”[6] or why “Media releases often conclude that “too much protein stresses the kidney” [4]. Conversely, any conclusions that purposeful consumption of ample or surplus dietary protein are harmless or entirely without consequence are similarly under-substantiated, at least regarding the resistance trainer population. Note that the recent ISSN position paper quoted earlier in this review simply concludes that concerns are “unfounded” for healthy exercisers, not that a harmless situation exists. This is correctly cautious. Absence of evidence is not evidence of absence (regarding available data on protein's renal, bone or dietary consequences). As a population that routinely consumes higher amounts of protein,[7] strength athletes appear to be dismissing warning messages from educators but may instead be relying on questionable personal or anecdotal “evidence” once that educator credibility is lost. It would be truer to promulgate a message that the scientific and professional communities still lack specific information on the total safety profile of ample, purposefully sought protein among weightlifters. After decades of controversy we still simply do not explicitly know.”

“These results show that low-fat, high-casein or whey protein weight maintenance diets are more effective for weight control than low-fat, HC diets and do not adversely affect metabolic and cardiovascular risk factors in weight-reduced moderately obese subjects without metabolic or cardiovascular complications.”

“In the bodybuilders renal ammonium excretion was higher at any given value of urine pH than in the controls. In a regression analysis protein intake proved to be an independent factor modulating the ratio between urine-pH and renal ammonium excretion. The concomitant increase of renal net acid excretion and maximum renal acid excretion capacity in periods of high protein intake appears to be a highly effective response of the kidney to a specific food intake leaving a large renal surplus capacity for an additional renal acid load.”

“To conclude, it appears that protein intake under 2. 8 g.kg does not impair renal function in well-trained athletes as indicated by the measures of renal function used in this study.”

“A randomised control trial comparing HP, low- carbohydrate and HP, very-low-carbohydrate diets for 1 year(65) indicated that there were no changes in either group in serum creatinine levels or estimated glomerular filtration rate (eGFR), and urinary albumin excretion values remained in the normoalbuminuria range. This study provides preliminary evidence that long-term WL with a very-low-carbohydrate diet does not adversely affect renal function compared with a HC diet in obese individuals with normal renal function. Similarly, inter- vention studies by Li et al.(66) and Skov et al.(60) also indicate that protein-enriched meal replacements or an HP diet have no adverse outcomes on routine measures of kidney function, up to 1 year.”“Studies that measure renal function often monitor liver function. For example, protein-enriched meal replacements as part of a weight management programme were studied in a placebo-controlled clinical trial utilising two iso-energetic meal plans utilising either an HP-enriched or a standard protein meal replacement in an outpatient WL programme(66). There was no significant change noted in liver function at 1 year.”“Taken together, there is little evidence that HP diets pose a serious risk to kidney function in healthy populations. More susceptible groups such as diabetics and those with existing renal disease should exercise more caution with higher-protein intakes. This approach is sup- ported by data from large-scale US studies. The Nurses’ Health Study suggests that women with mild renal insufficiency had a greater decline in renal function with a higher-protein intake(67). Those with normal renal function had no such decline.”

“In summary, neither diet achieved long-term net fat loss, but prescription of the high-protein diet had a more favourable effect on CVD risk by lowering blood pressure to a greater extent than a conventional low-protein diet in overweight patients with Type 2 diabetes. Further research is needed to substantiate these results and to gain a greater understanding of the net cardiovascular effects of these dietary patterns. In addition, it is important to differentiate between high- protein, low-fat diet plans and other variants such as high-protein, high-fat, very-low-carbohydrate diet plans, because adherence to these diets has been associated with adverse metabolic effects [44].”

“In my view, the American Heart Association Nutrition Committee ́s statement on dietary protein and weight reduction contains misleading and incorrect information. Certainly, such public warnings should be based on a thorough analysis of the scientific literature, not unsubstantiated fears and misrepresentations. For individuals with normal renal function, the risks are minimal and must be balanced against the real and established risk of continued obesity.” 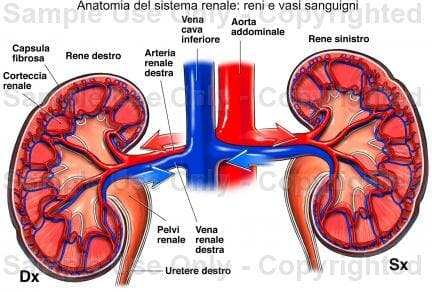